I am a speech language pathologist and I work in a hospital. I support adults who have had strokes, brain injuries, or are facing language and thinking challenges because of dementia. In my role and with my work, I meet many people in my community and normally I’m addressing changes that have happened because of something traumatic in their lives.

What inspired you to start your business?

In my position as a speech language pathologist, I started noticing I was getting a lot of referrals from neurologists, who were asking me to see patients of theirs. These patients hadn’t had a stroke or brain injury, but they had been experiencing some thinking challenges or difficulty articulating their words and they wanted some support.

When these people would come into my office, I would meet with them and do some testing. Most of the time I would tell them that their scores were a little bit below normal, but for the most part some changes to memory and a language can be normal as we get older. However, these people wanted help. They often asked me what website they should go to or what app should they sign up for. They wanted to make their brains stronger and continue to do the things that they loved to do to do, such as being socially active or volunteer in their community. I would ask them if they were exercising, and sometimes they would say yes, but often they would say no. I would repeatedly tell them if they weren't also moving their bodies, their symptoms of memory changes and word finding could get worse. Physical exercise is so vital to keeping our brains strong in our later decades, in addition to cognitive stimulation.

I realized there was a gap that needed to be filled. People needed something that would motivate them to exercise while they also improved their brains. That’s when I developed the idea for Cardiomelon.

What's special about your business?

Cardiomelon is the first and only online fitness program that pairs physical exercises designed specifically for those adults over fifty with cognitive exercises.

What have been the high and low points of being a business owner?

The concept of Cardiomelon was new and different and that made it really scary for me. I was starting a business totally by myself. I had no background experience in business, marketing, or sales; I was just a healthcare worker with a lot of knowledge about the brain and how to make it stronger. Starting the business was both scary and exciting.

What is your relationship with SCORE?
SCORE client
What influenced you to seek help from SCORE?

At first I thought my idea was crazy. I didn't know if it would work. However, by that time I had a SCORE mentor who listened to my idea, provided feedback, encouragement, and support. Eventually I came to believe that my idea was valuable and could be successful as a business.

Ron was in my demographic of people I was looking to market to so he was able to look at my website and give me feedback on what he thought looked good and what didn’t. He gave me ideas for where I should reach out in my community to find people who would be interested in this product. Also, I had a major roadblock in that I couldn’t find insurance for my business because the concept was so unique. Ron gave me names of people he knew; he helped connect me with resources in the insurance business that I wouldn’t have found on my own. Through those connections I was able to piece together an insurance plan that worked for my business.

What's great about my mentor?

My SCORE mentor, Ron Nelson, was so valuable, really because the experience of starting a business during a pandemic was so isolating. I didn’t have co-workers; it’s a business I run by myself, so Ron was someone that I could bounce ideas off of. Sometimes Ron was just there for me to talk through my thoughts, even if there was no concrete resolution during the conversation. It was just helpful to talk with someone who had experience running a business who could give me ideas. He was also flexible to meet for 10 minutes over the phone while I was on my lunch break, on the weekends, or in the evenings because I just didn't have much free time. It’s been a really exciting year and I am very grateful for the support that I have received from my SCORE mentor. Thank you so much for the work that you have done and keep up the great job!

Pictured below: Alison Weinlaeder, CEO and founder of Cardiomelon. 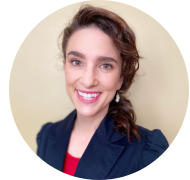